Diary of a Flight Attendant

Welcome to Diary of a Flight Attendant 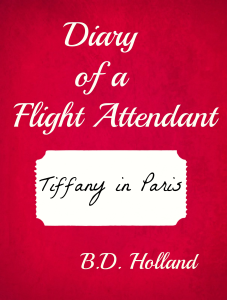 Check in frequently for updates on the new eBook series Diary of a Flight Attendant, sexy stories about the lives and loves of airline crew! Now available!

Tiffany gets a message from her co-worker that the Captain working the flight with her to Paris is the same one that she’d had a layover with in Barbados……and they had ended up in the hot tub together!  And things got significantly more than hot!!   She initially decides the best thing to do was to ignore him on the flight to Paris because he had never phoned her after their sexual tryst in Barbados. But then once again she gives into his advances and one thing leads  to another and another hot layover ………Available for $1.00 at Smashwords.com